The Bubabloon - a balloon cover!

A few months ago I heard about this really cool creation.  A cover for a balloon!  Now, you might ask, why on earth would you want or need a cover for a balloon?  A fair question!  Well, becoming a parent introduces you to a world of worries and worrying about what your baby might be able to do with an errant balloon is one of them!

Despite the fact that balloons can pop and are made from a material which presents a choking hazard, babies and children seem drawn to them.  For as long as I can remember both of mine have found balloons amusing, pretty much from birth.  But I've always worried that a balloon might pop or shrivel up and they would put what's left in their mouths and choke.  Felix puts everything in his mouth, even at 26 months he regularly eats sand, play-dough and crayons.  So, for me, this cover was appealing. 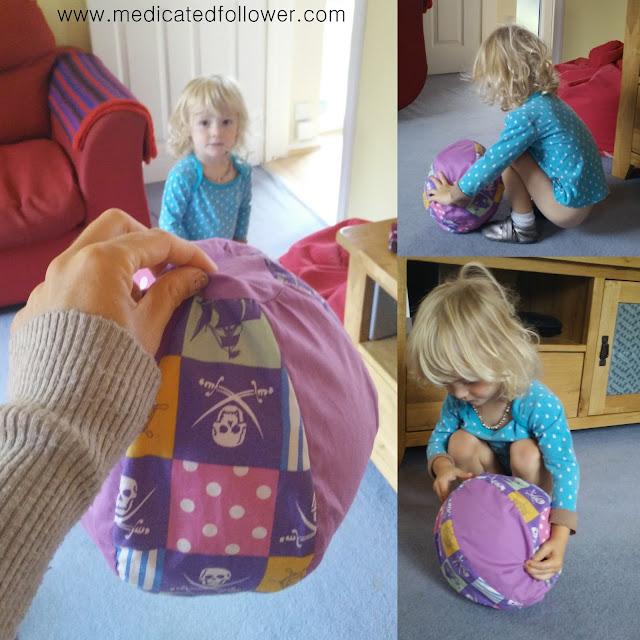 The Bubabloon is a cover for balloons which makes them much safer to have around babies and young children.  It makes the balloon look and act more like a round ball.  The covers come in a variety of bright and eye catching colours/patterns and as such provide a good visual stimuli.  Something I really love about this idea is that the cover folds up very small so you can pop it in your bag, pop in a few balloons and then you always have a toy with you! Great for traveling or days out.  We've found it handy on that score.  Balls can be quite irritating bulky things to pack for holidays.  This makes it really easy to have one to take away.

I like that this is a light toy for children.  Yes, it's not as bouncy as a regular bouncy ball but it's less likely to cause a head injury or knock over your favorite Gromit figurine (yes, this is personal experience here!).  I think it'd make a fantastic gift as well.  Something you could give as a present for children of many ages and it's likely to be something they don't already have! 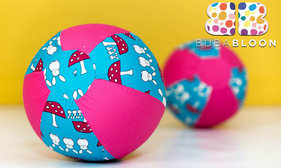 This toy is designed with babies and young children in mind but both of my boys enjoy playing with it, separately and together.  Felix enjoys practicing his kicking (without me worrying about the Gromits!) and Ethan likes to practice catching.  Bubabloon gets a big thumbs up from us!
Posted by Unknown at Thursday, August 06, 2015