The week that knocked us out..

Have you noticed nothing has been happening on the blog?  Even my Instagram, Facebook and Twitter accounts have been pretty quiet.  Why?  Well, we've all been stuck in illness hell...

It started 8 days ago.  I was walking back to our house after a stroll at the seafront with the boys.  Felix was in his xplory, facing me.  We were about 15 seconds from our house when all of a sudden, Felix projectile vomited EVERYWHERE.  It just kept pumping out of him.  It was awful!  The buggy was covered, I was covered.  On getting him out of the buggy, the poor thing just kept spewing and more and more places were getting covered....  He spent the next two hours being sick every 10 minutes or so.  After that it was just dry heaving.   Poor child.  Pete and I kept watch over him all evening (he slept on the living room floor on top of and covered with towels) and we had him in our bed over night. 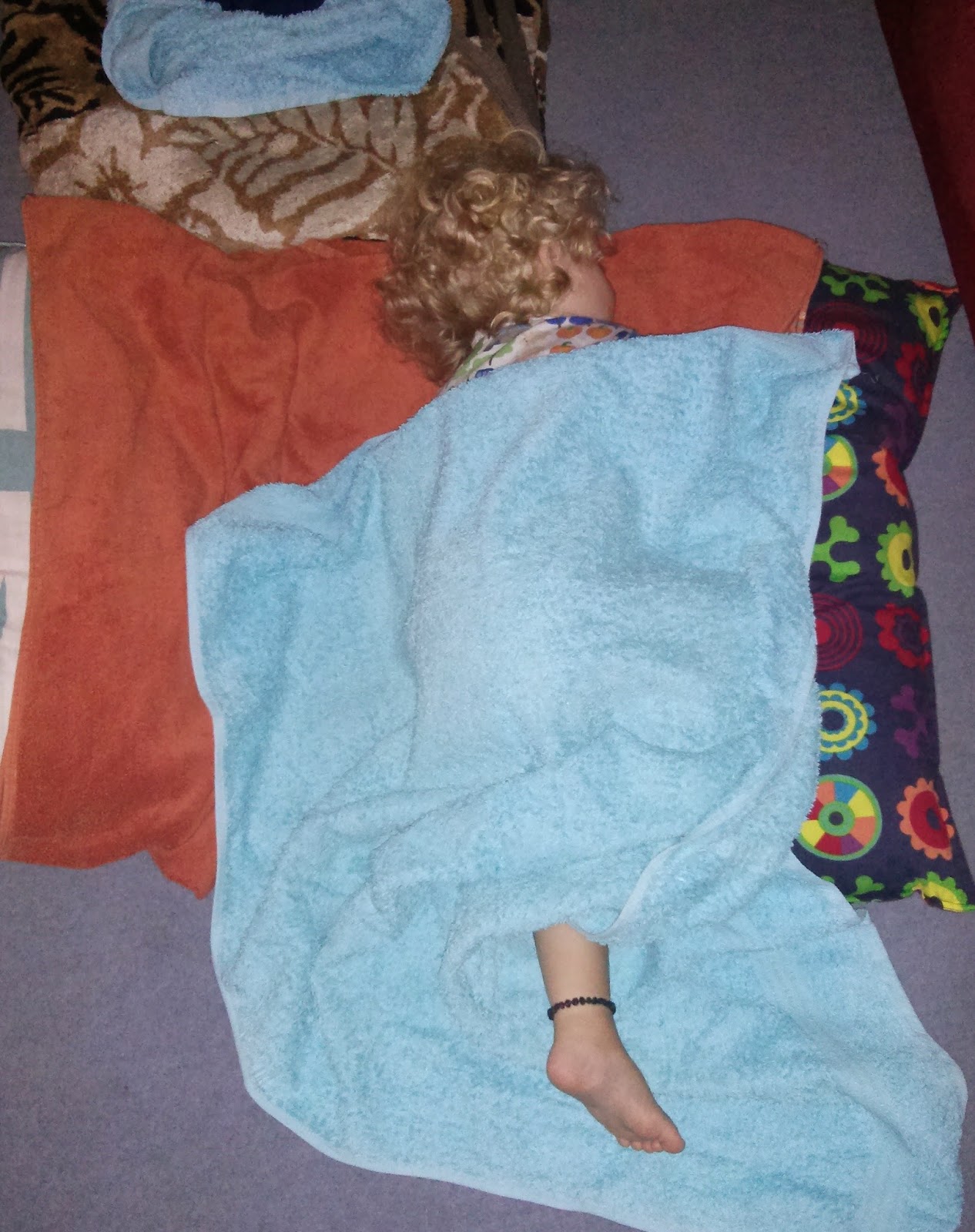 Luckily, the vomiting stopped.  Pete was back at work the next day after a lovely two weeks off, so the boys and I had a quiet day at home.  Although Felix seemed quite well and had stopped vomiting, I didn't want to risk spreading anything around, so we stayed in.

Things were going quite well until the evening.  His temperature crept up and then the diarrhea started.  The poor sausage was having terrible nappy explosions.

This continued the next day, he was having the squits every hour or two.  By Wednesday morning the frequency had considerably slowed down.  He seemed quite perky and his temp was down.  I, however, woke feeling pretty rough- I hadn't slept well and had had a few cheeky glasses of wine the night before.  I put it down to lack of sleep and a hangover.

Wednesday was the one day of the week we'd made plans for.  I had bought tickets to take Ethan to see What The Ladybird Heard at The Colston Hall and I was determined we were going despite my "hangover".  We made it and we did enjoy it and afterwards, we visited a cafe for lunch.  Whilst there, unfortunately, Felix had the most awful diarrhea explosion.  It filled his nappy to bursting point and spilled out, running down his legs onto the highchair and dripping onto the floor.  It was hole in the ground please swallow me up embarrassing.  The poor kid couldn't help it of course.  I'd assumed it had cleared up.  It took an age to get him and the cafe floor/highchair all cleaned up..

We took ourselves back home.  All the while, I was feeling worse and worse.  A feeling of nausea was becoming undeniable.  I had a weird cough that I'd put down to a reaction to the wine I'd drunk the night before (wine often makes me wheeze) but it wasn't easing.  It was all just getting worse.

Shortly after we got back home, Ethan called out to me "Mama, I feel a bit funny.  My tummy hurts".  Oh God, I thought.  Him as well!  Up until this point we'd hoped that Felix had been struck down with food poisoning.  He puts all sorts of rubbish in his mouth before anyone can stop him.  I'd assumed he'd eaten something that hadn't agreed with him.. but if I was feeling ill, and Ethan was feeling ill... well.. time would tell!

Time would tell indeed.  Fast forward to the evening.  I was feeling pretty dreadful.  Stomach cramps,  aches and pains, a head ache, the shakes.  Ethan was very quiet, lying on the sofa, refusing food.  I took a bath with Felix before his bedtime and as we were sat in the bath I heard Ethan charging up the stairs; "I feel....."

All over the landing carpet.  Bless him, he'd known he was going to be sick and had tried so hard to get to the loo (frequently I weep over our lack of downstairs loo!)

Well.  You can imagine what happened next.  Just like Felix, he spent the next few hours vomiting until there was nothing left.  I continued to feel awful as well.  I didn't eat anything, had a raging temp and couldn't stop shaking.  I took Ethan to bed with me in our bed.  Pete slept in Ethan's bed.   Every now and then poor Ethan would retch and heave in his sleep spitting up bile.  It was a sad state of affairs.

I finally stopped feeling sick around 7am after a very restless night of heaving.  I never actually brought anything up.  Needless to say, Ethan and I still felt pretty terrible.  Felix was still having diarrhea although much less frequently.  Pete admitted he was starting to feel quite dodgy.

Somehow my boys and I muddled through our day stuck at home thanks to hours of Cbeebies.  My God do I feel like Crap Mum of The Year after all of the TV we've watched lately.... There really weren't a lot of other options though.  We couldn't go anywhere.   It was raining.  All three of us felt ill.  We were no doubt all infectious.  I didn't really even feel well enough to read to them.  It was a sorry state of affairs.. 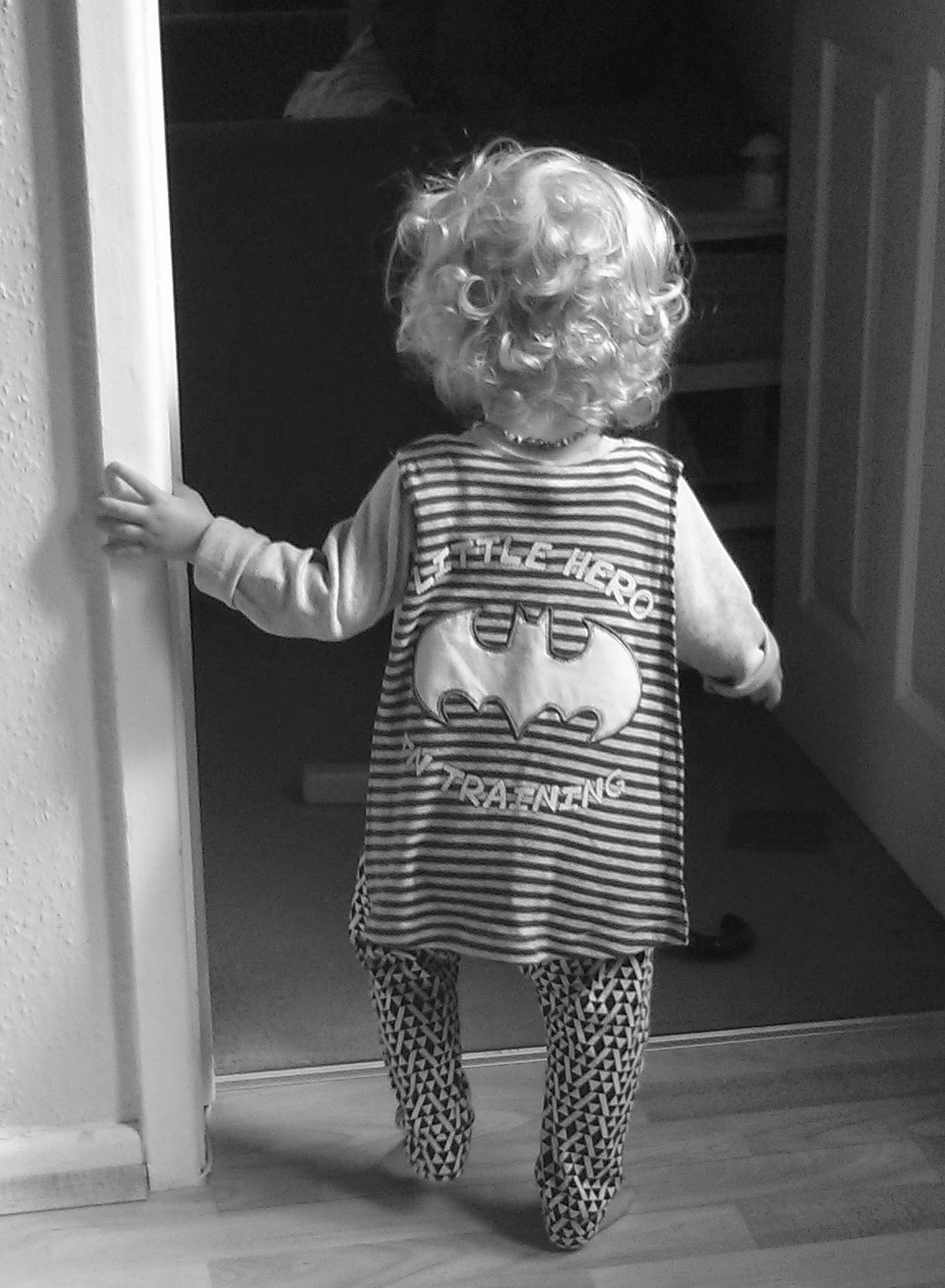 Friday rolled around and it brought with it another passenger for our merry ride.  After struggling through a day at work on Thursday, Pete was definitely not well.  He too had the cramps, aches, pains and weird cough.  Friday saw all four of us struggling through the day!

I took Felix out for a bit on Friday.  By this point he was the most "well" though he was (is!) teething on top of the virus.  I thought some fresh air would be good for both of us and it was, though it tired me out...

As I type now, on Monday evening, we are just about starting to feel normal-ish.  We all still have this strange cough which is highly annoying.  The D&V have gone though, Thank God.

I don't think I have ever had to deal with as much sick or washing as I have in the last week. It was a truly crap way to spend one of our last weeks of the holidays.  It was like some form of torture, all of us ill, bad weather, not being able to leave the house, even use the garden.  Dealing with ill children when you yourself are ill is bad.  Just baaaaaaaaaaaaaaaaad.

So that is why, my dear readers, nothing much has been going on here.  I'm sure normal service will be resumed soon.. though I must admit I feel little like blogging and more like chilling out and making sure I am over all this illness!!!