My charity shop stomping grounds a sparse at the moment.. after my previous BIG HAUL I have now hit a lull... I looked in heaps last week and the only thing I came away with was a copy of The Owl & The Pussy Cat by Edward Lear (it also includes Calico Pie). 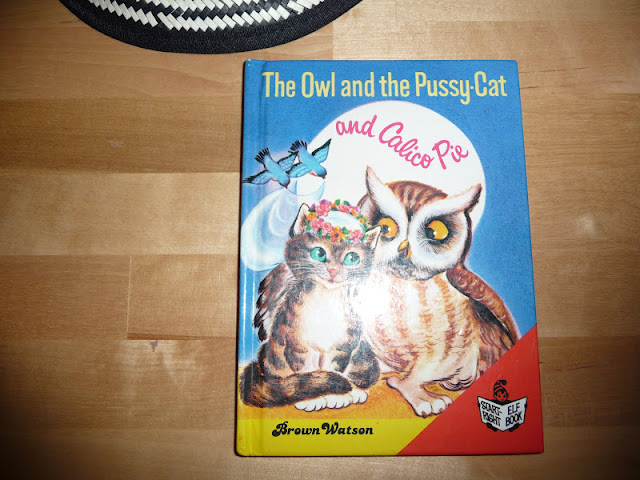 For 25p I thought this was a bargain.  It's from 1988 and I love the illustrations.  If anything, it looks like it's older than that illustration wise (not condition wise, because it's in excellent condition).

I'm a big fan of Edward Lear.  I grew up reading his wacky limericks.  I am often found quoting:

There was an Old Man with a beard,
Who said, "It is just as I feared!--
Two Owls and a Hen, four larks and a Wren,
Have all built their nests in my beard.

It sticks in my head and often when I have nothing else to think about, that comes out... 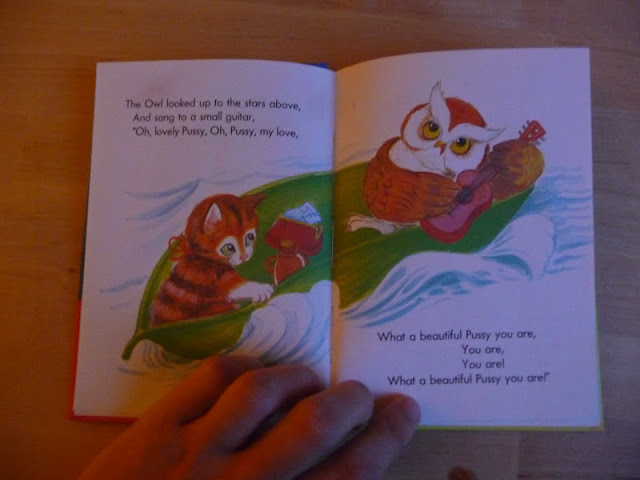 Who doesn't love The Owl & The Pussy Cat though?  Do you know there's a restaurant in Bristol called The Runcible Spoon?  It's a co-operative as well, so I really want to go there sometime soon.  I have a feeling that they have named that more to have a connection to The Good Life than Edward Lear though, as in one episode Tom tries to sell excess vegetables to a restaurant called The Runcible Spoon.. who knows, I'll ask them when I go.. I digress... I thought it was a lovely little book and Ethan is enjoying it very much!  Linking up with Liz of course for her fab linky :)
Posted by Unknown at Monday, August 20, 2012