I'm 22 weeks now.  Wow.  It amazes me, but honestly, I am SO HUGE compared to last time.  I know I'm not doing much exercise (I'm too bloody tired!) and I'm probably indulging in the chocolate a bit too much (Christmas didn't help) but generally I'm not doing anything different from last time.  I suppose it's just because I've been "stretched" before! Nice...

I must admit I feel quite rubbish about my appearance a lot at the moment   Not so much how I look now (although a bit) but more along the lines of "If I'm this big now, what the hell am I going to look like at 40 weeks?"  I'm worried.  I think the midwife is going to tell me I'm far too big at my next appointment :-/

Something that has really kicked in is the nesting.  I was up in the loft last week hauling down the baby clothes, well, 0-6 months anyway.  Pete was cross with me for this, says I shouldn't have been up there whilst pregnant.  I know he's right really, but I was super careful and I just like to get on with things.  I hate to have to ask for his help.  I know what it's like, if I ask him, due to work he won't be able to get up into the loft until the weekend and by then my desire to get on with a task has morphed into anger that I've had to delay getting on with it.  I won't be going up there again any time soon though.  It was hard work doing that, no way I'd want to do it at 25 or 30 weeks.  Don't think my bump would actually allow me to access the loft at that stage anyway!!  The cot and baby bouncer/chair still need to come down, but there's no where for them to go at the moment so we won't do that until March/April.

I sorted through the clothes, put some aside that I didn't want to use again (some we were given that aren't our taste, some that were really well worn due to being 6th hand). When I told Pete I'd put some aside for the charity shop he asked if we'd have enough.. I just had to direct him to the overflowing chest of draws.  When I was pregnant with Ethan I got lucky on ebay and bought masses of vests/sleepsuits in bulk.  Crazy amounts.  All neutral.  We have loads and neutral really isn't our style.. sooooo... I've been dying and tie-dying!!  I did an orange batch, a purple batch and a pink/black tie dye batch which I am especially pleased with.  Just want to dye the baby towels now and I'll be happy. 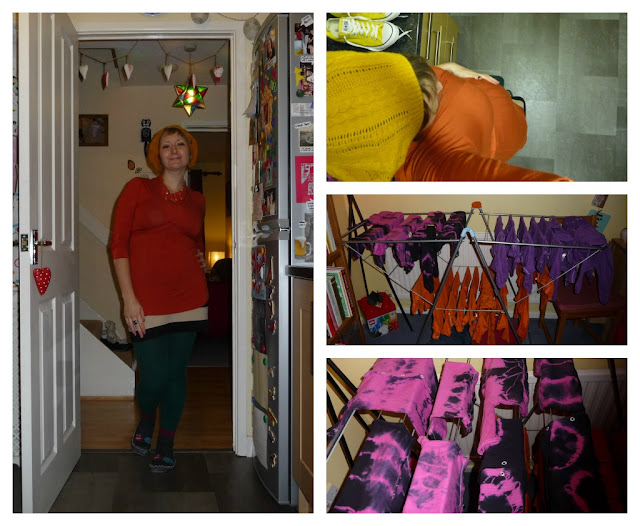 The baby's rooms is being planned out in my head now.  We won't be having a wardrobe in there, at least not to start.  There's a sofa in the room at present but it should be going to Pete's sister when she moves in March.  I'm glad of that really.  It's a good sofa but we don't need/use it at the moment and it's taking up masses of room.  My plan is to have the cot, feeding chair and chest of draws.  The rest of the room will have some (small) space for toys and some floor cushions.  I've got some under-bed (cot) storage that will initially be housing the 3-6 month clothes but will do for toys in the future.  I want to put more shelving up for books and toys.  Maybe some hooks for hanging outfits on, though I admit that would've been a bigger deal for me if this baby was going to be a girl (who doesn't want a few cute dresses on show?!).  At the moment the chest of draws is a rather old sorry looking flat pack chip board Ikea one which I've wanted to replace for an age.  I found a nice wooden one in the charity shop to replace it.. much more character I feel!  Just need to arrange to pick it up.  We went to the charity shop warehouse at the weekend to pick it up (after emptying the car boot and removing the car seat, always a pain in the ass) and they weren't open.  Grrrrr.  Somehow we'll get our hands on it - seeing as I've paid for it! Only £30 though... 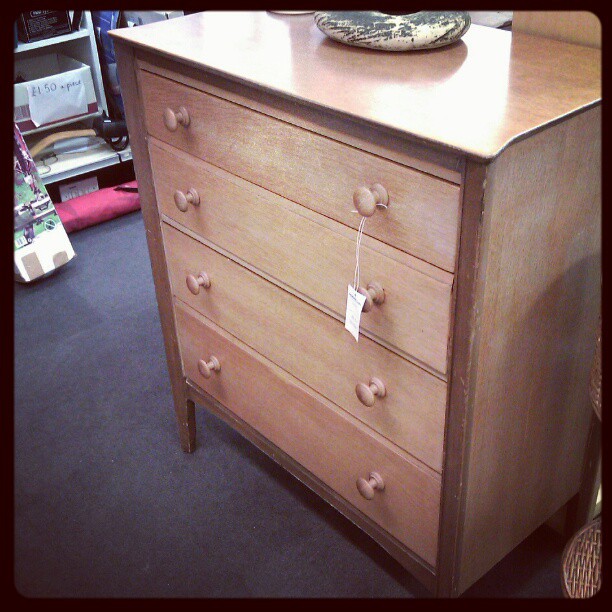 My bump makes me very visible now.  I may be pregnant but I still wish to be colourful and stylish.  I hope I'm managing that..

Linking up with Plane Pretty & Not Dead Yet Style.
Posted by Unknown at Sunday, January 13, 2013