I've not joined in with the fantastic Magpie Monday for a few weeks, quite simply because I've not found anything worth splashing my pennies on in the charity shops!  This Saturday just gone, though, provided quite the haul!

I headed into town for a haircut on Saturday but had some time to spare.  As I was on my own, the charity shops were calling me.  The first one I stepped into had all of their board games priced at 75p so I bagged myself a rather ancient yet still whole set of Monopoly.  I'm afraid I haven't photographed this beaut, but it's quite an old edition!

Spurred on, I popped into a Clic Sargent charity shop and found myself two dresses, one from Asos and one from Monsoon.  I also found two gorgeous little hand knitted baby jumpers which I got for my friend who is due in January.  I'm not going to pop a photo of them on here, just in case she reads!  These four only set me back a tenner. 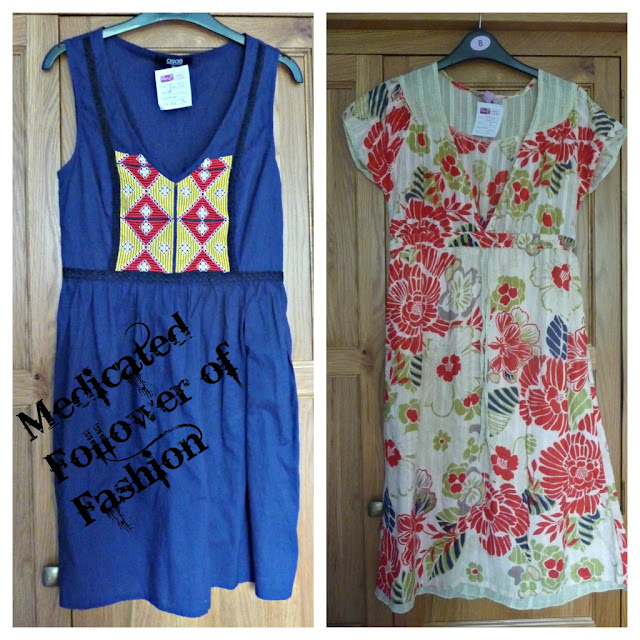 Last but not least I visited Mind, one of my favourites in Clevedon.  In here I found a beautiful, pretty much unworn Jules boys shirt for Ethan to grow into (£1.50) and a Holga camera!!  Just like most of us, I love Instagram and all the other apps which age our photos, but I thought it'd be fun to have a go with the real thing.  I had an old spare film hanging around at home, so I've already loaded it up and taken a few shots.  I must say, it was a real trip down memory lane putting film into a camera!! Also, it's so strange not being able to see your photo straight away!  Kind of nice though!  The camera was a fiver.  I've no idea if that's good or  not, but it seemed reasonable to me.  It's in excellent condition!  I'll let you know how the photos come out... assuming somewhere still develops film?! 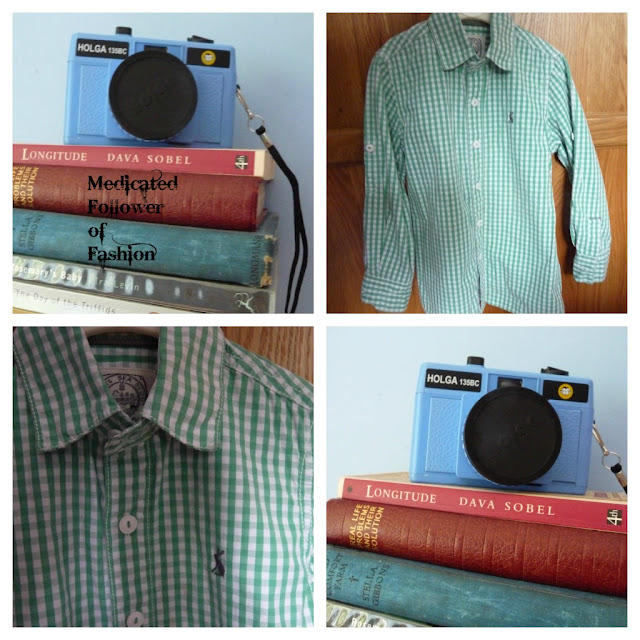 If you want to check out what other bargain hunters have found recently, head over to Missie Lizzie's blog!
Posted by Unknown at Monday, September 17, 2012