Felix has had epic hair from the moment he was born.  He came out with a full head of dark hair which never rubbed off.  He had a bit of a quiff thing going on and whilst it grew and got thicker and curlier, it also got lighter. Not that unusual, it seems the way that often, if you are born with dark hair, it goes light and vice versa.

Apart from two trims of his fringe, Felix has never had a hair cut.  I love knowing that the curly ends of his hair are his original baby hair.  His hair has always been a talking point! 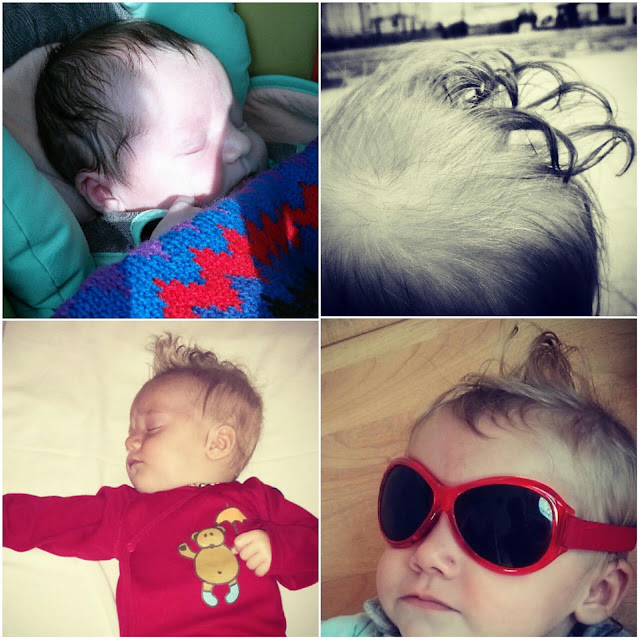 Recently I posted a lovely photo of Felix and his hair on Instagram and mentioned that I'm thinking it might be time for a cut.  I love his hair, I love it long, but I'm facing increasing pressure from some people to get it cut.  Also, his hair gets knotted and tangled and no matter what brushes I use and how much conditioner I put on, it still gets tangled.  He hates me going near it with a brush or a comb.  So, I was starting to think that it might be time for the chop.  There was a huge outpouring of "Nooooo! Don't cut his hair! I lurrrrrrrrrrrve it!" so I've had to think again.  Because, really, I don't want to cut it. 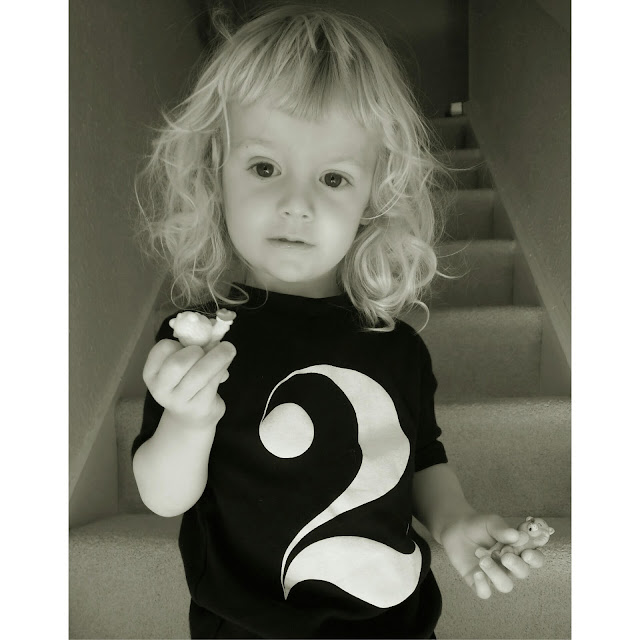 I've decided on different tactics.  I've done some research on natural detanglers - I'm very careful with what I put on the boys skin and hair.  I found that Lucy from Lulastic makes her own hair detangler.  Her's called for vegetable glycerin which I couldn't locate locally.  I believe you can buy it online but I wanted to make something to help now!  As veg glycerin is derived from veg oil I decided to substitute it with olive oil.  I'll let you know how it works.  If you'd like to make it yourself, it's easy peasy.  You need a spray bottle (you can buy them in Boots & Superdrug) and the following ingredients:

Shake them together in your spray bottle and spray on damp hair. 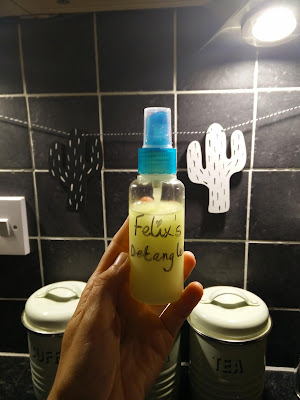 The other thing I'm going to do is to introduce Felix to hairbands.  I think this will be quite tricky because he doesn't like anything on his head.  He won't wear a headband, he won't wear a hat, as I mentioned, he doesn't like his hair being brushed, and he doesn't like having a hairband being put in, even though I try to do it gently!  I'm putting one in for a short time most days though in the hope he gets used to it.  I want there to be an option for keeping his hair out of his face when it's really windy, or if he's eating something messy or his hair is just generally getting in the way. 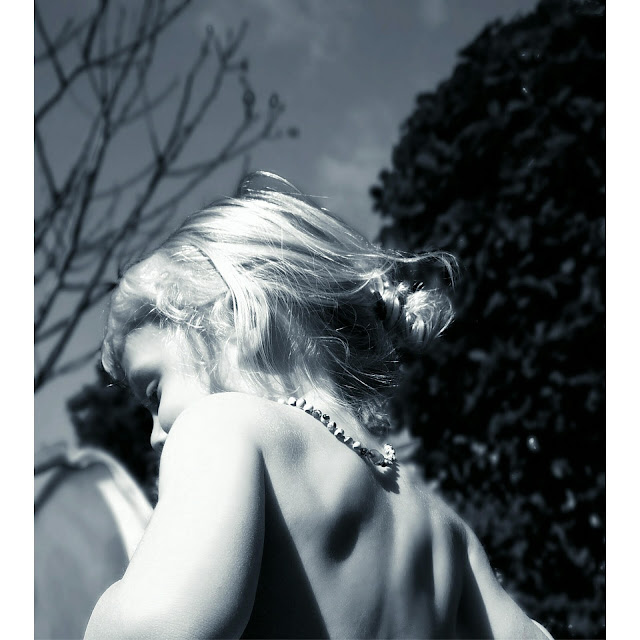 What I'd like to know is are there any other parents of long haired boys reading?  What's your experience of it?  Unsurprisingly Felix is mistaken for a girl every single day.  I'm wondering how long he'll be able to keep it long.  Can boys have long hair at school?  I'm sure that there aren't any rules on boys not being allowed to have long hair at school, but you rarely see it.  Am I setting Felix up for bulling by letting his hair grow long?

It goes without saying that the second he wants to have it cut, I will say yes.  I'm not going to force him to have long hair.  I hope though, that along with the embracing of all colours of clothing, and playing with dolls as much as trains that he'll be strong and be able to face any negatives having long hair may throw at him.
Posted by Unknown at Friday, June 12, 2015