Being a Mum of two: One year in

Felix turned one this Sunday just gone.  One year old.  Just where has that year gone?  I really can't tell you.  It's been a blur.  Becoming a Mum of two has been a really... interesting experience.  It's a strange thing.  Obviously, on the one hand, you are already a Mum, you know about children and babies.  But like everything to do with this parenting lark, nothing can prepare you for the reality.

In the early days, something I really struggled with was a feeling of loss.  Just like the first time around when you morn for your old life.  I wasn't expecting this, it was a surprise to me.  I felt sad because I missed my one on one time with Ethan.  I didn't like the way Felix had interrupted our routine, our little unit of three.  I was worried Ethan was missing out.  I kept crying, I felt so detached from him.  With time this feeling eased.  That's all it ever comes down to really, time.  You adjust.  Your lives chance but you adapt.  Before long, you can't remember the old days and all of a sudden, you are a unit of four.  And that feels nice.  To us, four feels like a "proper" family, whatever that may be.  This is a personal thing though - three was good too! 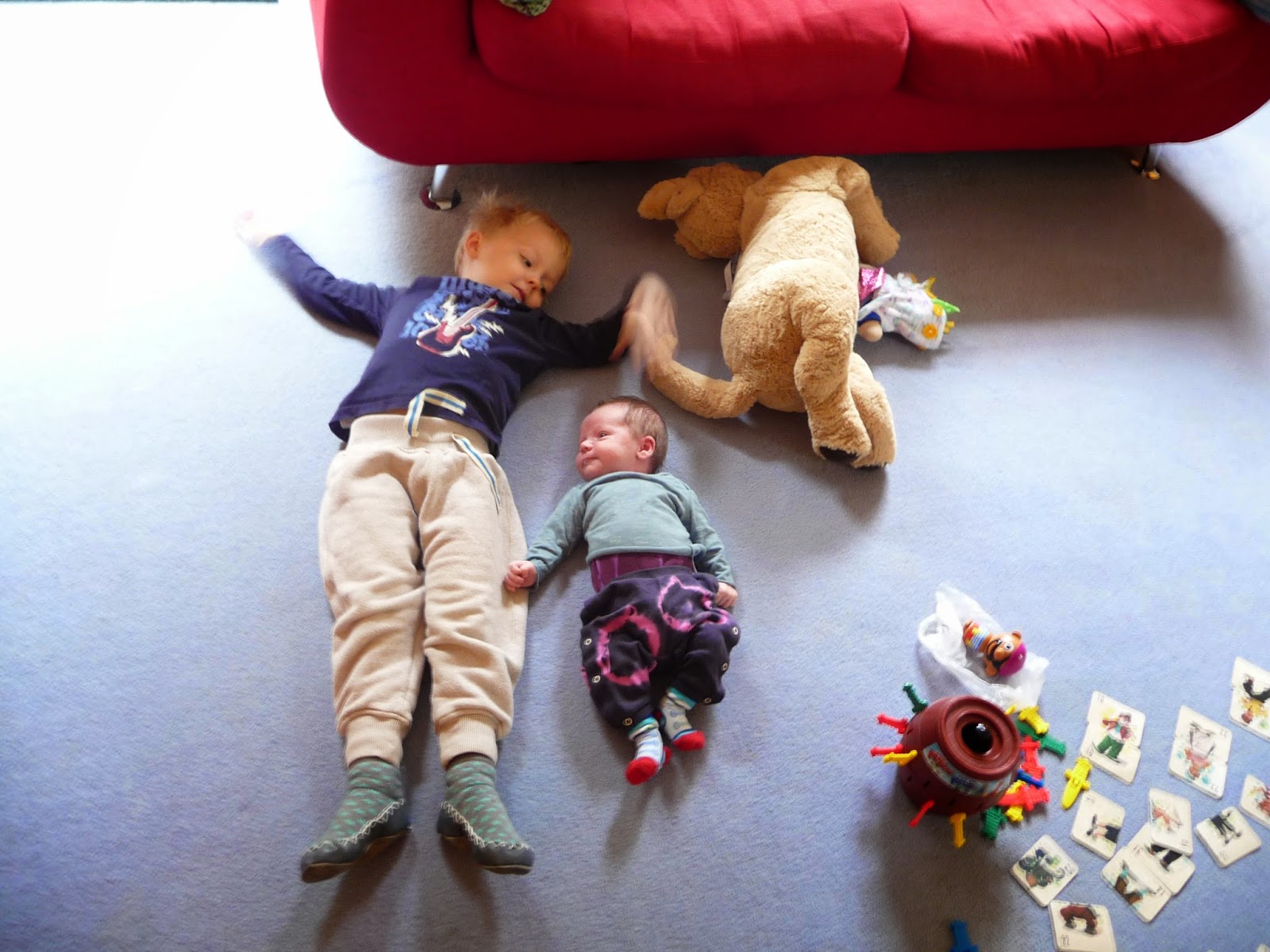 Felix has grown from a small squeely helpless thing into.. well, an absolute bloody nightmare really.  I should have known from the moment he turned from his back onto his front at 3 days old.  As we've gone through the different stages there have been easier times and harder times.  It was tricky in the early days when Felix was waking for a feed 3 or 4 times each night.  Having to get up and get on with things due to having a 4 year old could be hard.  But on the other hand, it was good to have purpose. 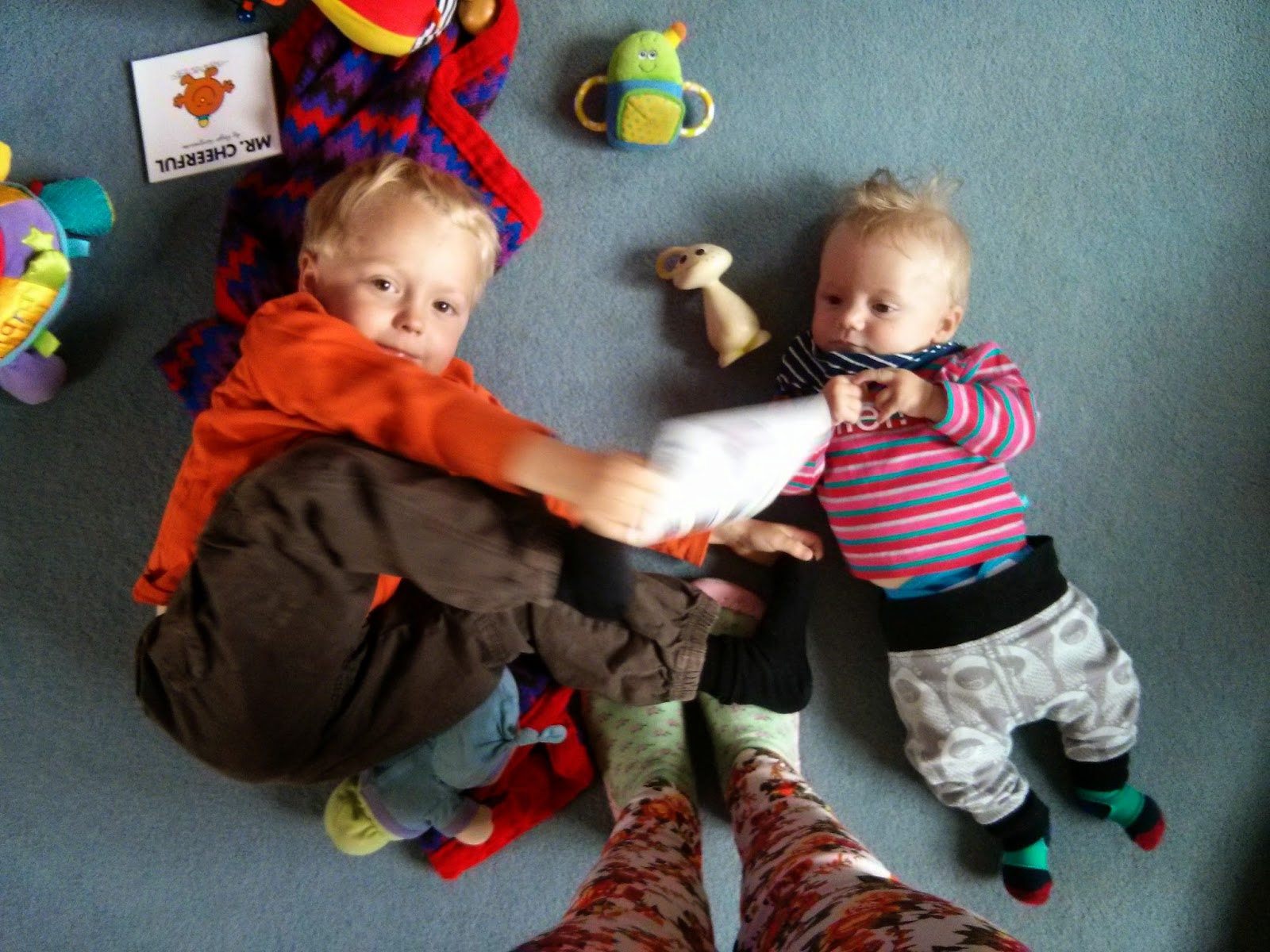 I am finding the current stage quite hard.  Felix gets into everything and does things over and over again.  He is switched on there is no doubt of that but he has no fear and the sense of a lemming.  One of his current favourite games is putting toys in the loo.  So lovely cleaning them after he's given them a "bath". 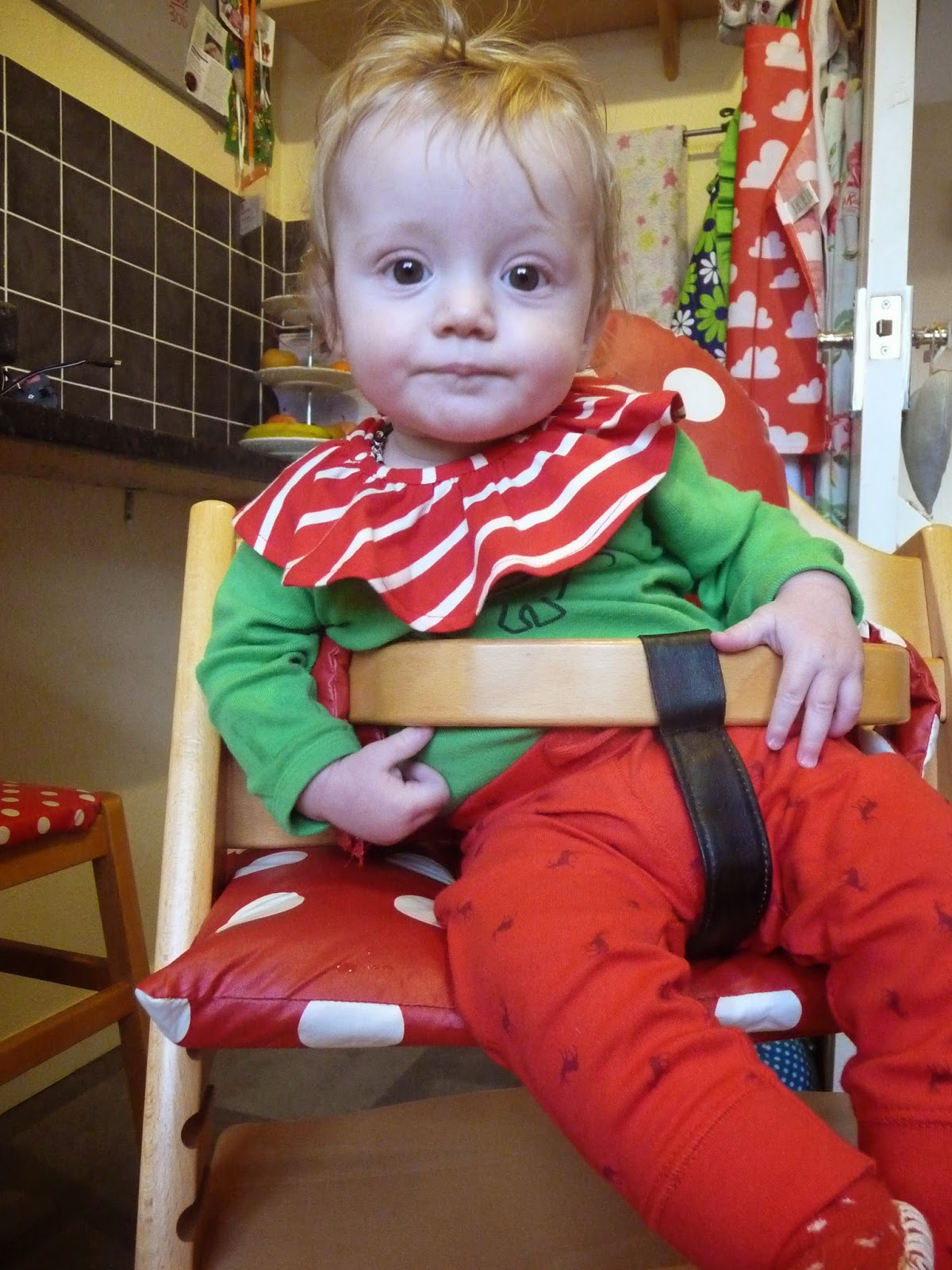 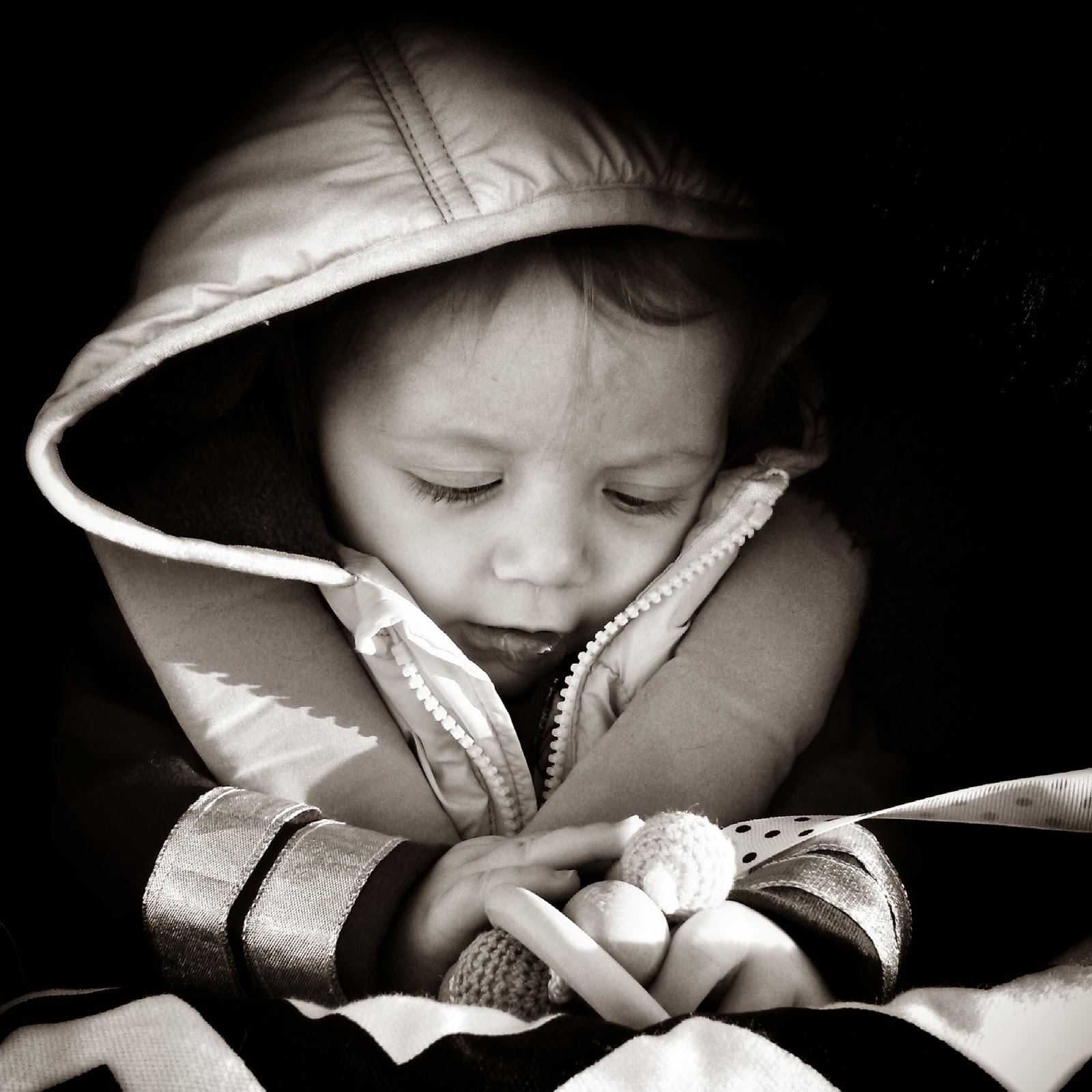 He started walking at 11 months old - I thought he would walk earlier to be honest because he's been standing for months.  It's so cute seeing him staggering around.  We've had quite a few words from him now (although as his parents it's easier for us to understand what he's saying, let's be honest!).  His first word was clock but we now have:

Clock as a first word might seem a bit strange - we have a Kitty Cat clock at the bottom of our stairs; one of those ones with a swinging tail.  It's always caught Felix's attention (funny really, Felix The Cat!).  He likes to look at is as much as possible.  He makes a ticking noise and waves his hand from side to side to mimic the tail.  Eventually he started saying "cat clock".  I've just bought him one with birthday money to go in his bedroom so I hope he'll still like it!!  Will he sleep again I wonder!


I find being a Mum of two is such a balancing act.  I am someone who likes order.  I like my house nice and tidy.  I like to be able to keep it in good nick.  If I can't vac one week or clean the bathroom I start to feel stressed and quite down about it all.  This week, for example, has been quite a trial.  With Felix as he is at the moment, I've not had a moment to get anything apart from the basics done.  I am currently in the process of coming off my anxiety meds and quite possible suffering PMT as well.  A great combination with a rainy half term!  This is when I feel low and start to pine for how things were.  I'd never go back.  I can't.  I love my two boys so much my heart bursts but as I ended up blurting out today, sometimes I just want to be ALONE.  I'm quite an introvert really and I need time to myself, time to be quiet with no one badgering me.  I'm lucky in that Ethan is at school and often once a week my parents take Felix for a few hours.  I am not joking AT ALL when I say that those few hours are what sustains me throughout the week.  That and the few late nights.  Though I suspect they are as detrimental as they are good.  Lack of sleep doesn't do you good either.. back with the balancing act again!


Having a second child was not a decision we took lightly.  I had PND and anxiety after Ethan and we both knew we wanted a reasonable age gap.  I think overall that our nearly 4 year age gap has worked well for us.  I must admit that at the moment I spend time each day telling myself that these hard times won't last for ever.  I tell myself I've just got to get through the next couple of years and then I'll have two delightful boys who listen to me and are easier to communicate with.  I hope!!  Ethan is already at that stage but obviously Felix has a way to go.


I think one of the hardest parts of motherhood is remembering to stop and enjoy the moment.  They are so young and innocent and they won't stay that way for long at all. Every night I go in to my boys rooms and I hold their hands.  I lean over them and take in their beautiful scent.  I stroke their heads and kiss them and say "I love you".  They look so peaceful and beautiful.  I am stuck between wanting them to grow up and wanting them to stay frozen in the moment.

One of the best things about having both boys is seeing the bond between them grow.  Felix idolises Ethan and Ethan does like being a big brother deep down.  I know they will look out for each other. 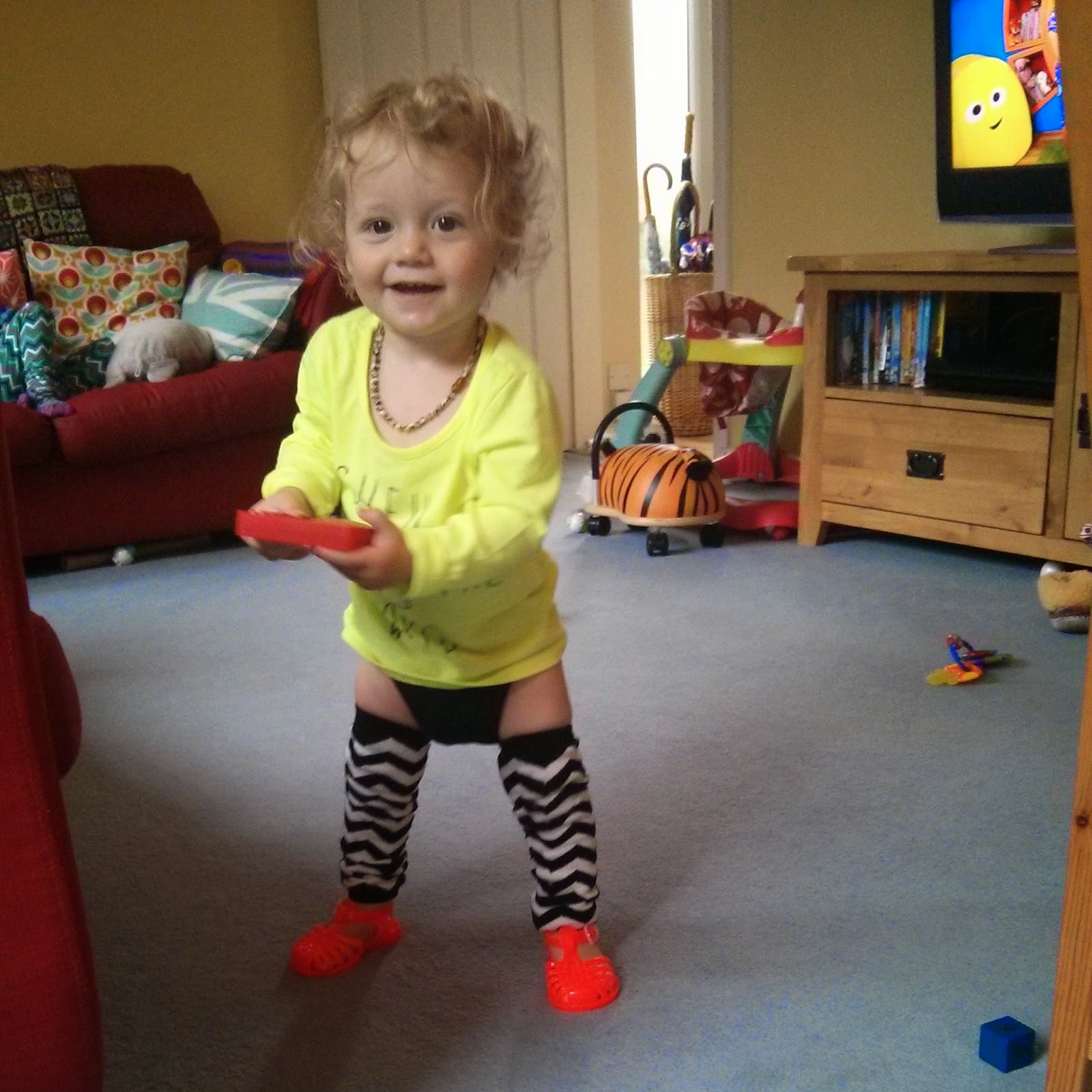 I know, I just know these days are SO precious.  However flipping hard they are, I expect I will look back and remember them as the best days.  These are my salad days and the boys are my salad dressing!!
Posted by Unknown at Thursday, May 29, 2014

Email ThisBlogThis!Share to TwitterShare to FacebookShare to Pinterest
Labels: Felix, Felix is One, lifestyle, Mum, Mum of two, parenting